Bike Talk / What would you buy?

- Budget of around 4K
- Road bike
- Must be unusual / rare / quirky..... basically think Buell, but something else.
- Doesn't have to be a great bike as such, and certainly not fast, but think fun to ride.
- Ideally hold its value or have the potential to increase. I've done quite nicely out of the Buell. 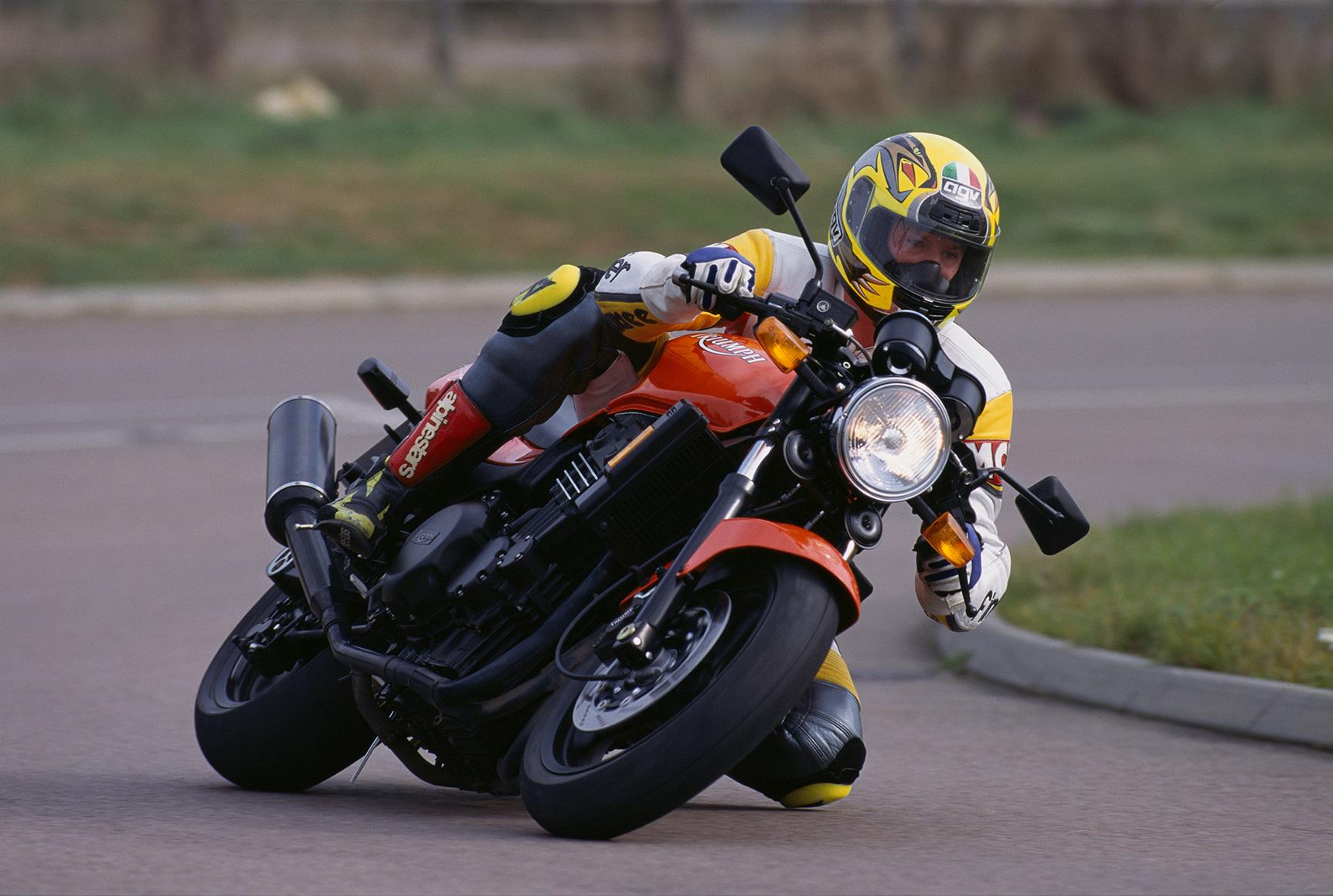 So when I found out there was a Buell specialist in Manchester, and apparently the only place in the world who works solely on Buells, I was delighted..... even more chuffed when I found out that they were having a BBQ and open day last Saturday.

So, my beloved Buell and I join arse in seat and skip down the road for a look-see.

Upon arrival: all very ordinary. A shitty industrial estate on the edge of town, a bike garage...... and lots of chaps (some actually wearing chaps) on Buells........ Friends to be made!!!!

I dismount, remove lid and waft fabulous hair in the sun...... in slow motion of course, and head off for a mooch.
I was in the doorway of the workshop when a chap (just jeans) says to me "you look lost", to which I reply "no, I'm just being nosey"........ and that sets of a conversation with 'Maz' who I later learn is the owner of the establishment, a Buell nut and widely regarded know-it-all of the marque...... and right foul mouthed cunt, I might add.

I'll bypass the incidentals (of which there were many) and cut to the main bug bear......... "and, of course, they ALL blow up, and there's fuck all you can do but throw the cunt away" (nice cuntage I remember thinking at the time).

Turns out, that there's a cog in the oil pump mechanism somewhere which wears down over time and spits pieces of steel in to and around the engine, causing all sorts of untold damage, eventually resulting in a full on, old school 2 stroke stylee seizure (of which I have considerable experience).

Mine, having covered a shade over 17K is well past the point at which it could have been saved and according to Maz "is like a fucking hand grenade with the pin pulled out" (I'm sure there was a sneaky "cunt" in there too, but it was too subtle for me to remember).

According to old potty mouth, it's only a matter of time, and very little at that, before my beloved Buell shits itself and becomes salvage parts........ at which point, more randomers interject with "I'll have your <insert part>"........... fucking nosey cunts......

"So, what do I do Maz?"....... I ask him, hoping that the friendly familiarity of name use may just eek out a nugget of compassion and a consequential lifeline...... but no, 4 options apparently:

Anyway, I'm not looking for answers....... a problem shared, is a problem halved by all accounts, so I apologise in advance for the inevitable loss of sleep you're all bound to suffer henceforth.

I want a quick shifter on my RC8 and I need you lovely fucking fuckers to give me the down low on what I do, because reading the internet is boring.

February 01, 2019, 11:00:02 am
I think I prefer the looks of the Moz and it's probably the faster of the two, but I've heard reliability is an issue and the dealer network is poor.

The Alzo is probably more 'real world' fast and undoubtedly comfier for the longer journey.

So I've been doing some cosmetic work on it since I got my blast cabinet......... but having noticed an ever so slight rattle, I decided to address what appears to be a notorious cam chain tensioner issue.

First job is to remove the tensioner (lock wiring the chain to the cam sprocets) and clean and check it for cracks....... mine was fine so I re-fitted it...... the recommendation is that you slide the tensioner arm all the way in, then turn the crank by hand so the tension re-sets....... so I did that.

BUT....... being paranoid, I ordered a new tensioner anyway..... not fucking cheap and took ages to come, but I had bits to sort anyway, so no problem.

New tensioner arrives and I notice right away that the spring effort is WAY stronger than the existing....... so, glad I'd sorted a new one, I fitted that.

anyway, big do's and little do's, the cam timing is way off......... I suspect what's happened is that when I've rotated the engine with the existing tensioner back in, the spring hasn't pushed the tensioner slider with enough force and the chain has slipped......... FUUUUUUUUUUUUCK!!!!

Now, a few things appear to be in my favour, you may disagree so feel free to weigh in:

1. The engine turned, and still turns freely by hand with the new tensioner in.

2. It also turns freely by starter with no mechanical noises.

3. The cam lobe gaps are all within factory range, suggesting no bent stems.

I'm aware that even a little contact will cause issues, but I'm going to reset the cams and hope to Christ I got away with it.

Bike Talk / What constitutes a ‘keeper’?

November 28, 2018, 04:28:13 pm
Dean Ellison was doing tuition at Cartegena. I bumped in to him at the airport on the way home and had a bit of a chin wag. Liked what he had to say so I've booked him for a full day one on one when I go out again in March.

Never too late to learn, I reckon.

I was the only chap there with a road bike and not running warmers and it did make the first couple of laps slightly uncomfortable........ especially a near monumental highside, saved only by my hefty weight the one time I tried to push after only a lap.......... had I been more the size of Gilby, I'd still be in fucking orbit.......

Aaaaaaanyway, Anna casually mooted the idea of a track bike, so obviously I'm now all over that shit........ typically, with my grandiose pallet, heart leads head on all matters and I'm directed towards the more exotic and perhaps more fragile rather than something more 'meat and potato'......

With a budget of around 7K (tight bitch) I've identified two possibilities; which Dicko thinks I'm insane to consider......... as always, my response: "be reet"...... as a partnership, those words have served us well for nearly 18 years, so I've no compulsion to abandon them now.

Seriously though kids..... will it be reet?

October 11, 2018, 10:57:05 am
The twin headlight arrangement on my Buell looks rather dated and I like the idea of inserting small LED lights in to the little fairing on the front, like this: 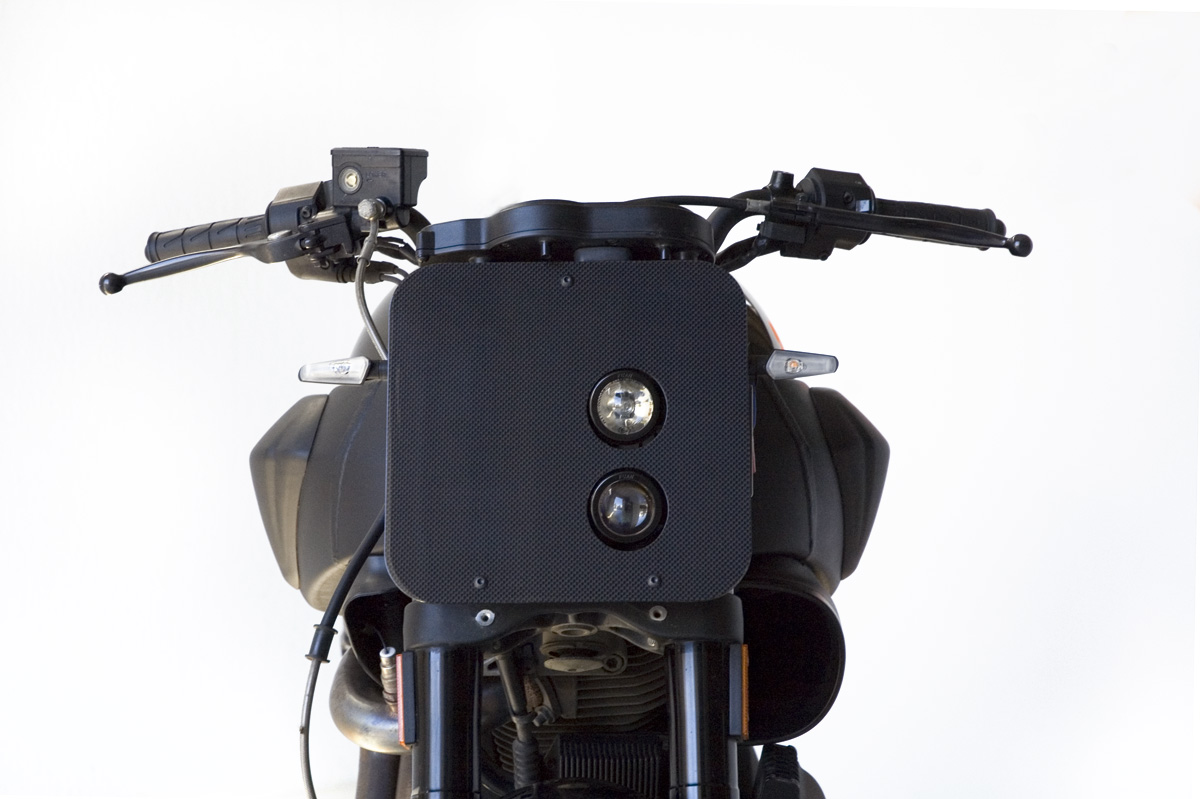 Can anyone point me in the direction of the type of units that would be suitable?

Tyres / Let's have a good old fashioned Ninja tear up about......

specifically for my MVF4 which I shall be using for both road and track use.

June 12, 2017, 04:05:11 pm
Have never considered protecting my valuable napper with anything other than Arai which I've used for the best part of 30 years.

Dicko tells me that nowadays, they perform poorly in tests against other brands.

Presumably this is the going rate nowadays and I'm just out of touch?
15

Bikes For Sale / Free to a good, bad or indifferent home.

Turns out that I bought the wrong exhaust for it.... innit....

Hateful things to work on, I shan't be acquiring another.

Mechanical / Does anyone know anything about scooters?

Seems to run OK but hits 35mph and doesn't rev any higher...... are they restricted?

We always hire scooters abroad and they all seem to zip along at a decent lick.
18

Shame it won't be out any time soon though...... I've not seen anything which flicks my switch so much in a while. So, I'll start off with mine, which Dicko and I shared as a track bike and Dicko built from brand spanking.

From what I can remember, we had a full acky race system, Ohlins rear shock, K Tech forks, Ohlins damper, race harness, HD engine covers and a few other bits and pieces like rear sets and levers etc. The engine was stock though but it handled beautifully.

Eventually sold to Emma (NG) for a song.

I can get a brand spanking bad boy for my MV with a remote hydraulic preload adjuster for £600 as opposed to over double that for an Ohlins.

Other recommendations welcomed of course.
Pages1 2 3